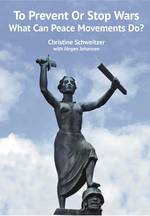 This book written by Christine Schweitzer and Jörgen Johansen is based on seven examples of peace movements of the last 110 years. It looks at the impact these movements may have had on the prevention or the ending of wars their own governments were engaging in. These examples are:

- the peace movement of the 1980s against nuclear weapons

The main finding of the comparison is that to prevent or stop wars is probably the most difficult objective a social movement may set itself. With the exception of the early Scandinavian case which was a case of successful war prevention, some of the movements against wars impacted both the conduct of the conflict and its eventual end but none of them could be attributed with stopping it alone. Besides this result, evidence was found that the respective movements had a long-term influence on public opinion and helped to raise public awareness on issues of wars and so-called “humanitarian intervention”.

However, there was also clear evidence that the respective movements had a long-term influence on public opinion. They helped to raise public awareness on issues of wars and so-called “humanitarian interventions.” This, in turn, had an influence on later crises and how governments dealt with them in regard to engaging or not engaging in war.

The book can be ordered at the Federation for Social Defence here.

A German version of the book has been published as a paper by the Institute for Peace Work and Nonviolent Conflict Transformation. It can also be ordered at our shop here.

Wielding Nonviolence in the Midst of Violence: Case Studies of Good Practices in Unarmed Civilian Protection 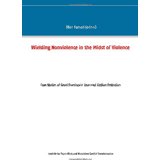